The time taken to inject the plastic detail is called a cycle. Really, if the mould has n-impressions, it means,  n-plastic details could be  produced in a cycle. Mainly, a cycle time depends on the size of the plastic detail, more precisely, it depends on its volume. The many thick-sections has a detail, the more time is needed to cool the article.

Any cycle begins with mould closing: 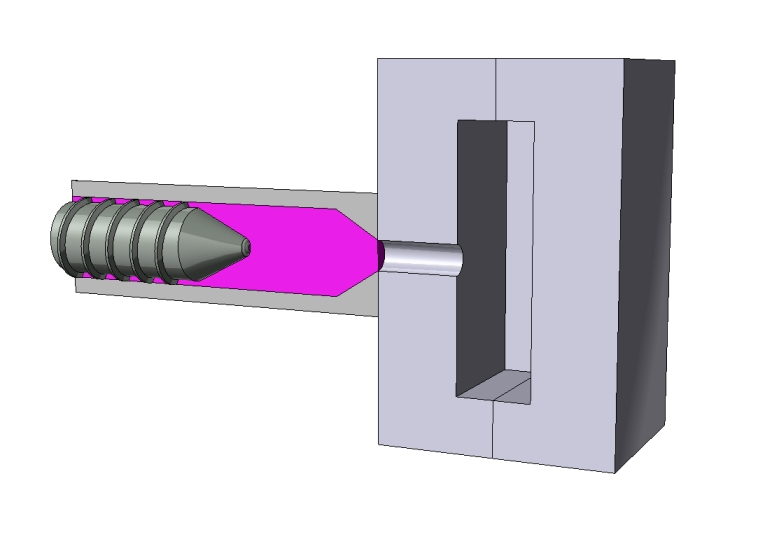 The two parties of the mould are closed and pressed each other under the machine pressure. A high pressure is required, that reacts to the injection pressure. Otherwise, the tool (mould) would be opened and it would cause an integrity breakdown of the plastic detail.

Once the mould is closed and pressed with the pressure required, the plastic injection starts: 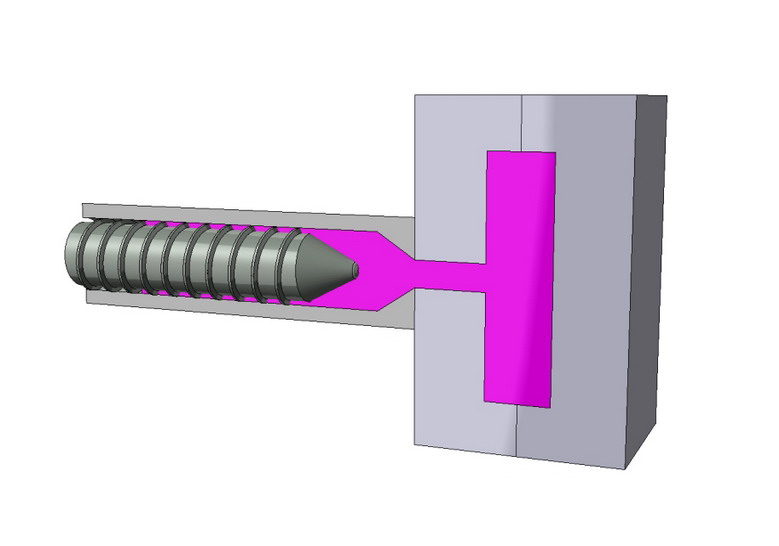 Under pressure, already melted plastic is forced into the mould. The material flow and the pressure should be calculated precisely to fill the mould entirely. Once the plastic is in the mould it fills the cavity and forms the detail.

After the plastic has filled the cavity an additional pressure is forced: 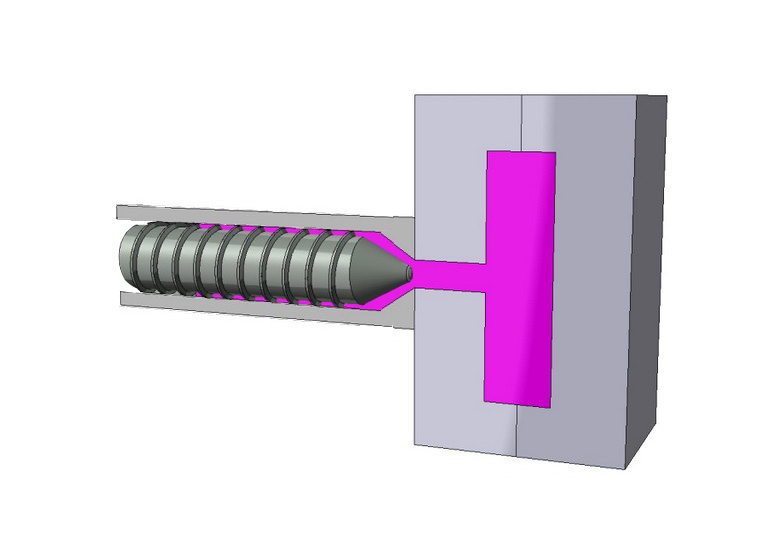 The additional pressure is required to guarantee the fully filling the mould geometry to form the right „stretched“ part. At the same time the product is cooled. The temperature of the material, coming in the mould, is 160°С – 300°С. It is required to cool the tool (mould). More often, it is done by technological chanels in the forming plates. A cooling liquid flows through the chanels and ensures the right temperature for fast cooling the product. The cooling system can be made in another parts of the mould (the end plates or die block). Most of the injection moulding machines have a cooling system in the fixed plates as well. It is done for the shortest possible time for cooling of already made product.

Once the detail is sufficiently cooled the mould is opened: 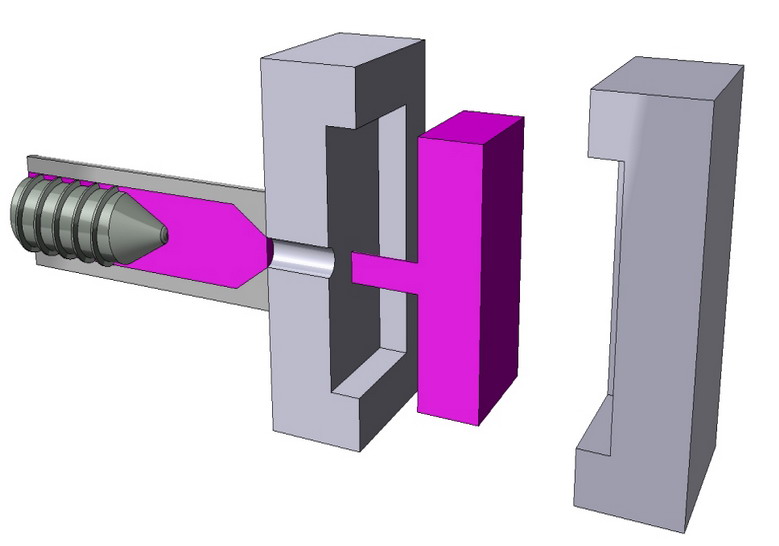 After the mould is opened ejector pins of the machine ejector system push the product out of the forming impression. Once the detail is removed, the mould is ready for the next cycle.